This imposing work of art recognises the contribution of all those who ensured Victory in Europe 75 years ago and the NHS and keyworkers that are making such a difference during the CoVid19 virus outbreak. Malvern Rugby Club are delighted and proud to be associated with and lend its support to this incredible tribute by our near neighbours and great friends at Fleet Line Markers Ltd. The art work covers the whole of our first team pitch measuring 100 metres by 50 metres with the rainbow stripes each being 2.5 metres in width. It has taken five days to complete by the talented team from Fleet Line Markers Ltd.

Our club is embedded in the Malvern Hills community. Many of our players, their partners, parents of players and our non-playing members are doctors, nurses, key workers and many are or have been proud to serve our Armed Forces. Malvern Hills District has like all communities been impacted by the CoVid19 outbreak and the service of our players and members of the club has been a big part of the response. Likewise, the town and district contributed to Victory in Europe with its men and women serving in the forces. Its industry contributing to the war effort and many serving at local military establishments or working on the land to feed the nation. We hope this tribute will be seen world-wide and we thank all those involved in the international effort to protect us, prevent further outbreaks and pioneer a medical solution to the outbreak. We look forward to the resuming our rugby and seeing and making new rugby friends. Malvern Hills District look forward to welcoming visitors from near and far to what we think is one of the most beautiful parts of the UK, once they are able to do so.

Fleet Line Markers Ltd are a British family owned Global company with factories in the United States, New Zealand, Dubai and Asia with the Head Quarters being in Malvern, Worcestershire, almost next door to Malvern RFC's pitches and grounds. Fleet Line, established in 1953 by Peter McGuffie, the father of the current Managing Director the Company is recognised for its high quality, water based affordable paints as well as it’s innovative machines. Many of the innovations in machines and paints are tested on Malvern Rugby Club’s pitches which have been marked out by Fleet for the last 25 years. Amongst their innovations are two very high spec machines. These are firstly the BeamRider Laser Guided System, still the World’s first and only automated laser guided marker and secondly, developed five years ago, the MAQA GNSS System which is satellite guided. These machines compliment the standard spray machines, the Kombi Orange and the Kombi Classic. Paints are available for natural grass, synthetic grass and hard/tarmac surfaces. Fleet also manufacture a wide range of coloured paints for all surfaces and also make stencils for Club logos etc. For further information call 01684 573535 or visit www.fleetlinemarkers.co.uk 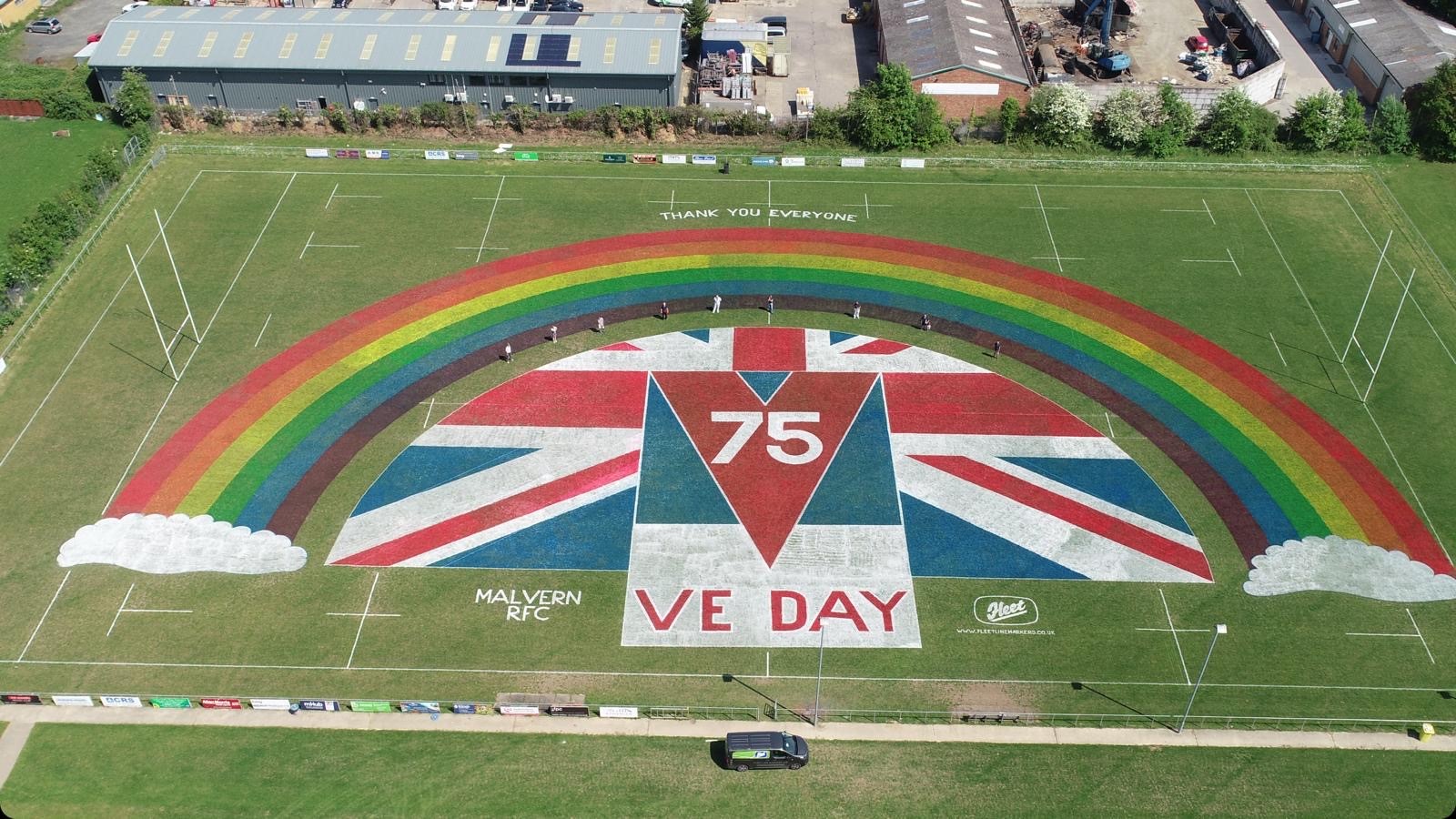